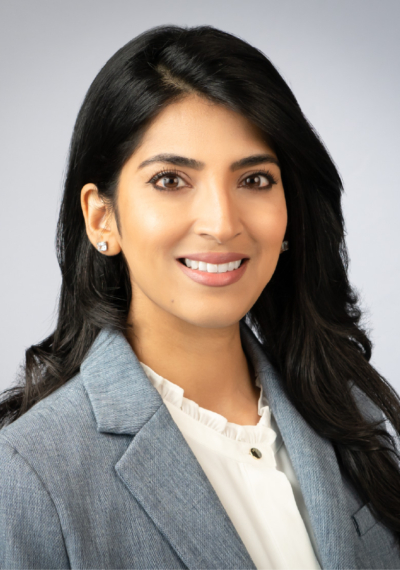 Navy veteran Robert Fisher killed his wife, his son, and daughter in their Scottsdale, Arizona home, before setting it on fire in April 2001. Authorities believe he committed the murders because he thought his wife was planning to leave him, and he did not want to subject his children to the stress of divorce.

In August 2018, Chris Watts claimed that his pregnant wife and their two young daughters went missing. He maintained that his wife returned home from a business trip and promptly thereafter, disappeared with their children. His aloof and cavalier demeanor fueled suspicions of his involvement in their disappearance. Brazenly he described, “I couldn’t sleep at all last night,” and “missed [my children] throwing chicken nuggets at me, honestly, last night,” hours after he killed them.

Familicide, also known as family annihilation, is a type of murder in which a person kills multiple members of their own family. It is a rare but devastating crime that can have far-reaching consequences for the surviving family members, as well as for the community. Research suggests that perpetrators of such crimes are more likely to be male, between the ages of 30-40, employed, and a significant majority of perpetrators kill themselves after the murders. Dr. Park Deitz described familicide perpetrators as:

Family annihilators, usually the senior man of those, who is depressed, paranoid, intoxicated or a combination of these. He kills each member of the family who is present, sometimes including pets. Hey may commit suicide after killing the others, or may force the police to kill him.

Research by Dr. Susan Friedman et al. presented findings consistent with this description. Wilson et al. further classified perpetrators of familicide as accusatory killers or despondent killers. Accusatory killers had a grievance against their wives and often a history of violence. The despondent killer, one who sees familicide followed by suicide as “the only way out,” may seek to cease impending disaster for him and his family.

While familicide includes the killing of one’s spouse and children, filicide involves the killing of children by a parent. In a formative paper published in 1969, Dr. Philip Resnick classified five apparent motives in filicide: altruistic, acutely psychotic, unwanted child, fatal maltreatment, and spouse revenge. Altruistic filicide, the most common motive in such cases, is driven by the belief that the parent needs to relieve real or imagined suffering in the children and send them “to a better place.” Altruistic filicide is committed “out of love” rather than driven by anger or hate. Mothers who commit filicide may suffer from post-partum depression or post-partum psychosis, altering their reality and driving them to act on their delusional beliefs to save their children by killing them. In contrast, fathers who commit filicide are often perpetrators of fatal maltreatment and rarely kill their children as the result of a psychotic illness.

Risk assessment is the process of evaluating the likelihood of an individual committing a particular type of crime, including familicide. This can be a complex task, as it involves identifying probable risk factors and assessing their impact on the individual’s likelihood of committing the crime. There are several potential risk factors which may contribute to familicide and filicide. These include:

To assess the risk of an individual committing familicide, it is important to consider the contributing risk factors in the context of the individual’s specific circumstances. This may involve collecting information from a variety of sources, such as mental health professionals, law enforcement, and family members. There are several tools and approaches that can be used to assess the risk of violence. These include structured professional judgment tools, which use a set of standardized questions to evaluate the risk of violence, and actuarial tools, which use statistical models to predict the likelihood of violence based on specific risk factors.

It is important to note that risk assessment is not a precise science, and it is not possible to accurately predict who will commit familicide and filicide. However, by identifying and addressing potential risk factors, it may be possible to reduce the likelihood of these tragedies from occurring. While forensic psychiatrists are involved in the aftermath of familicide cases, most commonly to evaluate an individual’s sanity at the time of the crime, treating psychiatrists have an opportunity to evaluate individuals at risk for violence against their family and possibly intervene to reduce violent acts. Parents with thoughts of suicide or with delusions involving their children should be evaluated for their risk of committing filicide. Treating psychiatrists should consider a lower threshold for psychiatric hospitalization for mentally ill mothers with young children due to the risk of multiple deaths from a filicide-suicide. Efforts to educate non-clinical professionals such as religious leaders and police officers about concerning symptoms of mental illness and available resources is strongly encouraged. Other motives for familicide may be less suitable to intervention such as spouse revenge because there is often little warning. However, evaluators can consider personality traits, substance abuse, suicidal plans, and paranoid symptoms centered on the family in their risk assessment.

Forensic psychiatrists are often retained in evaluations involving familicide when defendants enter the plea of not guilty by reason of insanity. In the State of California, a person is “legally insane” if the presence of mental disease or defect renders an individual unable to know the nature and quality of their act or the wrongfulness of his or her act. The standard for legal insanity was developed from the 1843 trial of Daniel M’Naghten. Mr. M’Naghten suffered from paranoid delusions and was found not guilty by reason of insanity after he attempted to assassinate the British prime minister and instead shot his secretary, Edward Drummond. The outcry from the trial’s outcome and criticism of the test used in the M’Naghten trial prompted additional considerations like the irresistible impulse test, product test, and finally, the Model Penal Code by the American Law Institute in 1955. Some jurisdictions require the volitional arm (ability to conform behavior) in addition to the cognitive arm (“appreciate the criminality of his conduct”).

The Andrea Yates case is an example of a successful insanity defense. Ms. Yates suffered from the delusional belief that if she did not take her children’s lives before they reached the age of accountability, all her children would go to hell. An example of altruistic filicide, she killed her children out of love so they could be saved and be with God. She qualified for the insanity defense because she committed the crime under the delusional belief that she was saving her children and did not know the moral wrongfulness of her act.

Motives may vary greatly in family murders and the forensic expert’s role in assessing criminal responsibility is, but one piece of the tragic puzzle.