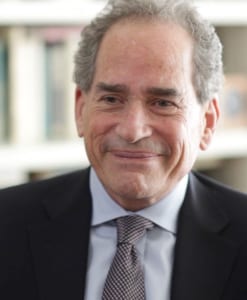 A passenger vehicle is rear-ended by a commercial vehicle traveling at 30 mph on a state road. The driver of the passenger vehicle is seat belted. The airbags deployed, and the vehicle suffered moderate rear end damage. Ambulance personnel note that the driver exited the vehicle without assistance, is awake, standing by the roadside and talking in sentences at the scene of the accident when first responders arrive. Passenger witness denies loss of consciousness. Glasgow Coma Scale score is a normal 15 at the scene and again in the local hospital emergency department after transport. There is no evidence of head trauma, no scalp laceration or bruising. Medical history includes no loss of consciousness. In the emergency department, the individual complains of a severe headache, feelings of “anxiety” and “confusion,” as well as neck and back pain. Superficial scalp abrasions on an upper extremity are cleaned and bandaged by ED personnel. No abnormalities are found on a brain CT or MRI. Cervical, thoracic and lumbosacral x-rays are unremarkable for any evidence of spinal injury. The patient is discharged in the company of a family member and instructed to contact the primary care physician.

Nevertheless, the patient files a personal injury lawsuit and alleges that the driver of the commercial vehicle caused a traumatic brain injury, emotional distress and multiple symptoms of cognitive and physical dysfunction, including chronic headache, insomnia, employment disability, marital problems, diffuse musculo-skeletal pain, ambulatory problems, visual processing problems and disabling symptoms of PTSD, depression and anxiety. Multiple neurological, orthopedic and chiropractic appointments with prescribed medication and supportive treatment over the next twenty-four months fail to confirm any major organic injuries other than neck sprain or to relieve the subjective symptoms from various organ systems.

Question: Could the plaintiff’s persistent, multi-organ system, psychophysiological symptoms be evidence of a Somatoform Disorder?

1. Somatoform Disorders are psychiatric conditions in which a person converts his or her emotional distress into physical dysphoria and dysfunction.
Examples would be people who experience their feelings of loss and depression or fear and anxiety, as symptoms of headache, backache, abdominal pain, impaired cognition, paralysis or even blindness.

2. Unconsciously Driven Somatoform Disorders. Outside of conscious awareness, people may automatically convert their emotional symptoms of distress into physical symptoms of pain or dysfunction (often called “depressive equivalents”). They may also do so with conscious intention, creating and falsely alleging specific symptoms of pain and dysfunction. When people unconsciouslyconvert their emotional dysphoria into physical dysphoria, it is called a Somatic Symptom Disorder (“SSD”). Alternatively, when the unconsciously driven symptoms primarily involved motor or sensory dysfunction, the condition is called a Conversion Disorder. SSD  and Conversion Disorder are NOT evidence of faking. They are NOT examples of malingering. They can be functionally disabling.

According to the Diagnostic and Statistical Manual of Mental Disorders, Fifth Edition (DSM-5),

3. Conversion Disorder (Functional Neurological Symptom Disorder), another form of unconsciously produced somatization disorder, is described by the DSM-5 as follows:

The important “take-away” is that both Somatic Symptom Disorder and Conversion Disorder are psychiatric conditions in which there is an unconscious conversion of severe emotional distress into symptoms of physical distress and/or dysfunction. Neither are intentionally or consciously produced or faked.

4. Consciously-driven Somatic Symptom and Related Disorders. On the other hand, Factitious Disorder and Malingering are the two conditions in which a person consciously intends to misrepresent to physicians and others that they have physical symptoms of disabling illness. People with Factitious Disorder (previously called Munchausen Syndrome) do this in order to become “patients” and obtain from medical caregivers what they distortedly misinterpret as “love.” They not only consciously lie about having physical symptoms, they even actively induce them (e.g., rubbing feces in healing wounds in order to cause infection), often causing serious harm to themselves in their obsessive pursuit of medical care.

Malingering, on the other hand, involves conscious and intentional misrepresentation of alleged symptoms in order to obtain financial compensation (e.g. through litigation or insurance claims) or to avoid responsibility (e.g., within their military service or civil incarceration).

5. When a litigant alleges subjective symptoms in the absence of organic pathology or in excess of what is expected from minimal organic findings, one of the forensic psychiatric challenges is to determine whether these symptoms are unconsciously driven, or intentionally produced. This is not an easy task as there are no objective tests for motivation i.e. intention, although there are objective tests for “effort.” Medical diagnosis, however, is based upon pattern recognition. There are recognizable patterns that emerge from a careful review of the plaintiff’s medical records over an extended period of time, that are consistent with either Somatic Symptom Disorder or Factitious Disorder. In addition, obvious financial incentives combined with poor performance on symptom validity “effort” tests and scales within other robust psychological tests may also suggest Malingering as a possible etiologic factor.

7. Causation of Somatic Symptom and Related Disorders. Somatic Symptom Disorders are real. With the exceptions of Factitious Disorder and Malingering (which is not in fact classified as a “mental disorder”), none of these somatic conditions are consciously manufactured or faked. The core questions addressed by a forensic psychiatric opinion are: (1) what are the plaintiff’s emotional damages, if any; (2) what caused them; and (3) were they pre-existing or generated by the defendant’s actions? These questions are easy to ask but difficult to answer with evidence based accuracy. Nevertheless, in any given civil case, by applying a disciplined forensic psychiatric methodology to examining all of the relevant data, forensic psychiatric and psychological experts can accurately assess actual emotional damages and determine causation with reasonable medical probability.