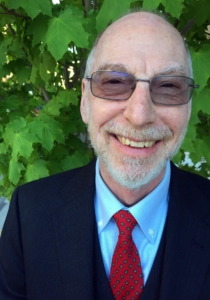 The pharmaceutical industry develops medications for particular purposes. Quetiapine was initially found to treat the psychosis of schizophrenia. However, psychiatric medications are often found useful in conditions other than the original intended condition. Quetiapine is such an example. It was initially marketed for the treatment of schizophrenia. Once in general usage, it was found also to be helpful with the mood fluctuations of bipolar disorder (also called manic depression), as well as depression. In lower doses, quetiapine also began to be used as a sleeping pill.

Why does one medication treat multiple conditions? Quetiapine, like other antipsychotics, blocks a specific dopamine receptor in the brain. That mechanism is thought to be responsible for the reduction of psychotic symptoms in schizophrenia. But quetiapine also does many other things in the body. Depending on the dose, the timing of the dose, and the place in the body where it exerts its action, it can produce different effects of different magnitudes.

Quetiapine does hundreds of things in the body. The one effect the prescribing doctor wants it to have is called the intended effect. All the other things it does are called side effects. When quetiapine makes a schizophrenic person sleepy, that sleepiness is called a side effect. But if prescribed in low dose as a sleeping pill, somnolence is the medication’s intended effect.

The FDA (Food and Drug Administration) regulates which medications can be marketed. It also regulates the uses for which a medication can be marketed. Quetiapine started with FDA approval to be marketed as an antipsychotic medication. It is said to be “indicated” for treating the psychosis of schizophrenia. Later, after it was shown to be effective in the depressive and manic phases bipolar disorder, the FDA approved it to be marketed for those conditions, too. Quetiapine is used “on label” to treat schizophrenia and bipolar disorder. Quetiapine is commonly known to be sedating and is therefore sometimes prescribed as a sleeping pill. However, the FDA has not approved Quetiapine for that purpose. Thus, when it is used as a sleeping pill, it is used “off label” for that purpose.

While the FDA regulates what pharmaceutical manufacturers can do, it does not regulate what prescribers can do. Once a medication is approved by the FDA for one indication, prescribers are generally free to prescribe it for any on label or off label purpose.  Designating a medication’s use as off label does not address the medication’s efficacy or common usage. Physicians have expanded the use of many drugs beyond their FDA approved indications, and considerations like the risks, benefits, side effects and the alternatives to a treatment, as well as the prevailing standard of care, guide prescribers in their treatment decisions.

A Case of Biopharmaceutical-Induced Catatonia and the Implication of a Novel...The Neuroscience of Real Life Monsters: Psychopaths, CEOs, & Politicia... Scroll to top